Hi! My name is Ronak, and I'm currently an intern at Zesty.io. It's been a super fun experience so far, and in this post I'm going to share my thoughts on how its been so far and what I've been doing.

A Bit About Me

I just graduated high school in June, and I'll be attending UC San Diego this fall. I've been coding since 7th grade, making things like online ctf challenges and iOS Applications. More recently I've been coding a lot with React and Javascript, building and hosting workshops at CodeDay.

Apart from coding, I've always been really into video games, specifically Team Fortress 2. I'm also an avid reader, and I've been recently getting back into the beach (Living in San Diego sometimes makes you tired of the beach :P).

When entering my internship, I was incredibly nervous. Would I feel out of place? Would I be in way over my head?

Thankfully, the environment here at Zesty.io has been nothing short of amazing. On my first day, I was given a Mac Mini to be used for the internship, and got help from Simon Prickett to set it up, debug issues with my monitor (he brought a cable from home to help me fix it) and install the right tools for my job.

After setting up my computer, I went to attend the daily developer standups (which we do sitting down at Zesty.io). Developer standups are super cool to watch (and even cooler to take part in, as I would find out the next day), as you get a chance to not only share what you've been working on and get quick tips from everyone else, but also to learn a bit about what everyone else is doing. Last week for instance, Grant demoed custom UI Tests he had written for testing. I, never having known UI Tests to exist, was amazed. Overall, the open culture that the developer standups promote are super great to have, and energizes me to work each day.

Another worry I had initially going into the internship was whether or not I'd be able to ask questions. I'm a curious person by nature, but was slightly anxious that I'd be asking too many questions or perhaps be bothering my coworkers.

Well, if I have bothered them at all, no one's said anything because I've certainly asked lots of questions over the past few weeks. Everyone is extremely friendly, and will almost always wrap up their work to help me. It's honestly amazing. I've approached virtually every developer so far, and every time I end up learning far more than what I ask. Unlike the traditional approach to just telling me the answer, everyone will actually walk me through the problem and help me figure it out myself. This has led to me getting a far better understanding of how everything works.

What I've Been Doing

I hit the ground running. In my first week, I built a website (something every new employee does at Zesty.io) for a hypothetical Burger Store using the Zesty.io Platform. My second week, I wrote an iOS app that pulls data from that website. To make the iOS App work, I built a custom library using Cocoapods which wraps together other libraries to make pulling data from Zesty.io a seamless process. While putting together the cocoapod was super difficult, the environment at Zesty.io is extremely helpful. In addition to being able to get help from everyone, I've found that if I take a 5 minute break away from coding, I can often come back and figure out the issue I've been having. Often times in my breaks I can join in fun conversations (earlier this week we were debating what types of foods are wraps [is a burrito a wrap, or is a wrap a burrito?]), or occasionally join the monthly book club.

Summer Internship Series at Zesty.io, Post Four: It All Connects

The past week at Zesty.io, I've been working on writing connectors for the platform. 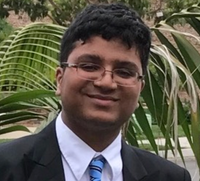 My name is Ronak Shah, and I’m a software developer and designer based in Southern California. I’m currently an incoming freshman to UC San Diego, majoring in Computer Science and interning with Zesty.io for the summer.... Learn More