Having a multisite architecture enables you to connect multiple sites to one dashboard, making it easier to manage multiple websites.

One website isn’t always enough for large organizations and growing brands. When that becomes the case, it’s time to decide on a CMS (content management system) that can support the weight of your company.

But is Drupal a viable option for your business? In this article, we’ll dig deep into the pros and cons of Drupal as a multisite platform.

What is a Multisite?

Having a multisite architecture enables you to connect multiple sites to one dashboard, making it easier to manage multiple websites. In Drupal’s case, all websites are linked to a single codebase.

A multisite feature is ideal for organizations who operate under different brands or if a company serves multiple geographical locations and therefore requires each site to contain localized content.

Drupal’s multisite feature allows you to run multiple independent sites directly from a single codebase. Each site that you create that is linked to this single codebase has its own database, files, configuration and domain or URL.

The Advantages of Using Drupal Multisite

From a developmental point-of-view, having a single codebase is easier to maintain. Developers can access the single codebase to implement any fundamental changes across all sites linked to the codebase. And with all your coding located in a single space or unit, it is almost impossible for your code to go out of sync.

Drupal is an open source platform that is free to use. And you can utilize Drupal’s multisite feature via a single hosting platform. Creating a new site via Drupal multisite comes at no extra cost. The only cost that you concur is what you pay your hosting provider.

This is convenient for brands who want to experiment with a new brand.

Drupal multisite gives developers a single point of access to manage all sites. And by having the same team of developers looking after all the sites.

Developers can also create separate user accounts (i.e. administrators, contributors, etc.) and assign each user to a specific database or site, thus controlling what rights and access each user has.

4. Each Site Can Have Its Own Theme and Features

Having a multisite that uses the same codebase doesn’t mean you’re stuck with the same layout, design, and features. For each site, you can install a unique theme and add whatever plugins you’d like to have.

When creating a new site via the multisite feature, the new site will have its own database. For an organization that wants to manage 14 sites, that means having to look after 14 separate databases. Looking after that many databases is hard work.

The Drupal community came up with a solution and developed the Domain Access module which consolidates all the individual databases to a single central database. Through this central database, users can share content, tools and site features across all sites while being able to change the appearance of each site. Plus, having a single database for all sites is easier to manage and upgrade and is the perfect solution if all sites serve a similar function.

The Disadvantages of Using Drupal Multisite

If you use Drupal to manage let’s say 50 different sites, which all serve different purposes and functions, then you would have to manage and update each database separately. For developers, this will be a major headache. The Domain Access module won’t be helpful in this case since all 50 databases do not relate to each other.

Furthermore, running websites with different functions and different versions of Drupal opens up a world of hurt when it comes to updates and general site management from one dashboard. In fact, in such cases, Drupal multisite is usually a hindrance rather than a help.

While having a single codebase makes maintenance a bit easier for developers, it does restrict innovation. If we take a look at some of the best microsites that are out there (see EveryLastDrop.co.uk by Waterwise and Layered Defense by SimpliSafe), they use a range of independent interactive features and animated infographics.

When there is so much reliance on a single codebase to operate multiple sites, all it takes is a single flaw in your coding that can take all your sites down. If your Drupal platform is not regularly kept up-to-date, then your multisite is extremely vulnerable to cyber attacks.

If one of your Drupal sites experiences a huge spike in web traffic, then it can potentially affect the performance of other sites. That’s because the hosting resources will have been hogged by the site attracting a lot of traffic.

5. No Multisite Feature in Drupal 9?

Whether this will actually happen is difficult to tell at this stage because nothing is concrete.

If you’re running a multi-site with Drupal, then you would have to face the inevitable of having to migrate to the latest version of Drupal when the time comes. Drupal migration becomes a must when each version of Drupal approaches its “end-of-life support”. Which happens every 3 years or so.

Drupal 7’s end-of-life announcement is not too far away, and with Drupal 9 rumored to be released in 2019, it won’t be long until you have to migrate from Drupal 8 to Drupal 9.

When developers were migrating to Drupal 8 from either Drupal 6 or Drupal 7, they encountered many setbacks. Developers found their custom themes and custom plugins were not compatible with Drupal 8. Leaving them with no choice but to find alternative themes or plugins or create them from scratch.

If this were to happen to your Drupal multisite where you are managing 50+ sites, your developers are in for a lot of work.

Remember my point about a single code base resulting in a single point of failure? Well,, this issue is compounded when you take Drupal’s security record into account.

In fact, we only have to go back to March 2018 to study ‘Drupalgeddon2’, a bug that resulted in over 1 million Drupal websites becoming exposed to cyber attack. Two months later, despite emergency security patches being released, hundreds of major websites from Lenovo to the University of California were Cryptojacked. The problem was scariest for Drupal multisite users, because it would have only taken one vulnerability on any one of their sites to bring down their entire ecosystem.

Is Drupal Multisite Right For Your Business?

Drupal’s documentation for multisites outlines a simple rule-of-thumb when it comes using their multisite feature:

“As a general rule on whether to use multisite installs or not you can say:

From our perspective, almost all modern enterprises, and even most medium-sized companies, will fall into the second category — as each site is bound to differ in functionality in one way or another.

If your organization wants to deliver innovative marketing campaigns (i.e. interactive microsites), then Drupal’s multisite feature will impose a lot of restrictions on your marketing team. But if most of your sites are composed of static pages which serves a similar purpose, then Drupal might be a viable option.

From an IT and developmental perspective, running a Drupal multisite is maintenance heavy. The question you need to ask yourself is, does your organization have the resources in place to update and maintain the system — as well as preparing for the inevitable migration process for every single one of your sites?

A better option for most organizations is a SaaS CMS with multisite capabilities built into the core of the platform. Our platform, Zesty.io is consistently proving to outpace Drupal in performance, with large brands such as Sony, Rocket League, and Astroglide preferring Zesty.io’s multi-site ecosystems over Drupal’s multisite configuration.

We believe we can improve agency's content governance with great CMS design.

Get a sneak peek into all of Zesty.io's new tools, functionality, and features coming Q1.

Considerations When Migrating Out of IBM In 2022

Website migrations can be a pain and certainly never perfect. Here's a few major mistakes we see during migrations, and 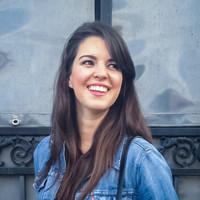