What is Drupal? Is Drupal 8 Right for My Business?

In this article, we take a closer look at Drupal so you can assess whether Drupal is the right platform for your brand.

What is Drupal? Is Drupal 8 Right for My Business?

If you’re hunting for a CMS (content management system) to power your next website or multi-site project, then you will have come across the likes of WordPress, Zesty.io, Joomla, and Drupal.

In this article, we take a closer look at Drupal — and Drupal multisite capabilities — so you can assess whether Drupal is the right platform for your brand.

Drupal is a CMS (content management system) provider. In other words, it’s a platform where you can create, manage, edit and publish content onto a website or an online application.

Drupal is a free and open source platform, so it is managed and self-governed by a community of Drupal developers. The community has gained a notable reputation for regularly reviewing and updating Drupal, making Drupal appear to be one of the most secure open-source CMS platforms. However, recent events may prove to you otherwise.

Drupal is usually downloaded and installed on-premise, which results in users having full control in maintaining the Drupal system. They’re responsible for installing the latest updates and security patches which are released by the Drupal community.

Originally developed in 2000 by university students Dries Buytaert and Hans Snijder, Drupal began its journey as a network connection amongst a handful of students at the University of Antwerp back when the traditional Internet we know today wasn’t too widespread. The tool began as a message board for the group of friends.

After graduation, Dries published the site onto the Internet, where it quickly became popular. Most notably, U.S. presidential candidate Howard Dean utilized Drupal to facilitate communication amongst his supporters during the 2004 election. With a sizable number of members drawn, soon hundreds of companies began developing websites using Drupal.

Even since then, Drupal has undergone several updates, including 5 major releases between 2010 and 2018. Each minor update provides Drupal users with a security patch, which is designed to protect websites from cyber attacks. However, as many Drupal users know, these patches often miss the mark.

For example, 2018 has been a torrid year for Drupal’s fight against cyber attack. In March 2018, a “highly critical” Drupal bug left over 1 million Drupal sites open to attack. The issue became known as “Drupalgeddon” — while scans later revealed that at least 115,000 Drupal sites remained vulnerable to another exploit, “Drupalgeddon2”. In other words, Drupal doesn’t have the best safety and security record in town.

Finally, if you’re wondering, the origins of the name “Drupal” is rather intricate. Initially, it was called “Dorp,” the Dutch word for “village.” When the site made its way to the Internet, Dries misspelled the word as “drop” and that mistake has stuck ever since. As the CMS grew in popularity, the name “Drupal” was eventually chosen.

Should I Use Drupal 8 for My Business?

If your business is looking to establish a single website or a Drupal multisite, it’s fair to put Drupal 8 on your list of platforms to consider, due to the following benefits:

Why Some Developers Love Drupal

Despite its limitations (which we will come to discuss) Drupal has a large, loyal community of users. Here are some reasons why developers love Drupal 8:

Why Some Developers Hate Drupal

All that said, Drupal is certainly not be for everyone. Take these drawbacks into consideration before getting onboard with Drupal 8.

To Drupal or Not to Drupal? That is The Question

To recap, some developers love Drupal 8 for its functionality, community, and extensions. However, the steep learning curve, occasional compatibility issues, migration pains, and considerable server load when dealing with multiple instances, lead many developers to hate working with Drupal.

Plus, if security is a concern (and it most certainly should be, particularly in the age of GDPR), then Drupal — and indeed most open source CMS — are risky options.

While many enterprises use Drupal 8 multisite, it’s clearly best for smaller projects like corporate websites and publications. If you want a CMS that’s easier to maintain, scale, and to use for headless content management, then you might want to look into a SaaS CMS like Zesty.io, which boasts the same developer friendliess, caters to marketers, and has the infrastructure to help brands scale globally.

When Does It Make Sense to Automate SEO?

If you don’t have a full time team constantly optimizing your site, you need to invest in software that will

Everything is 100% Native in Your Browser.

The Ultimate Guide to Transitioning from Monolith Software Systems to Modern Website Platforms in 2020: Part 2

Learn the differences between on-premise, cloud, and SaaS CMS platforms, find out how they work, and identify the right time 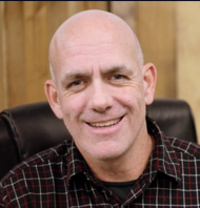 Over the last 30 years Gerry has used his experience in marketing, strategy, and running web software industry companies to help brands achieve their goals. ... Learn More