How We Build Great User Experiences

Designers and developers can be obsessive to a fault. They focus on every detail of front and backend feature functionality. To the point the feature is often released late or never released. Zesty's philosophy: No matter how much time a team obsesses looking at every use case, something will be missed and the actual users will find use cases the designers could not foresee. Getting real feedback, as painful as it can be, is the only way to create great user experiences.

We were pretty proud of our "future publishing" content feature. It only recently became an interface issue when a brand's content campaign launch spanned multiple timezones. In this scenario the interface was confusing.

Our current publishing interface left a lot to be desired with communicating what timezone your content was set to released in. Previously the separation of content visibility and publish time created an illusion these where somehow independent. When in reality if you have a future publish date your implicitly hiding the content. Also our lack of timezone context with your publish date made users unable to accurately determine publish dates outside of their timezone. 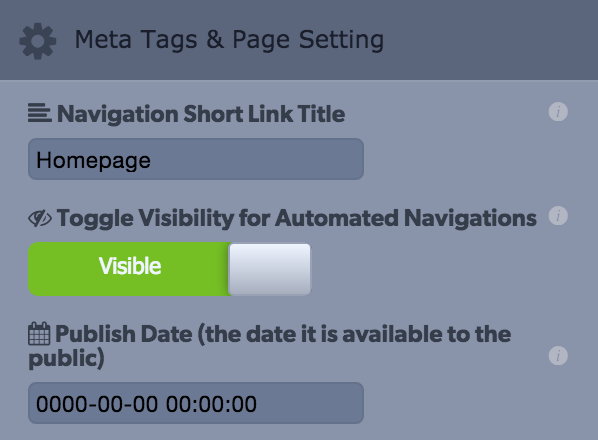 So we have been hard at work to remedy these issues. We started with laying out the goals of our interface redesign.

2) Future publish dates should indicate the release in your timezone

3) Give controls for users to target a specific timezone if needed. 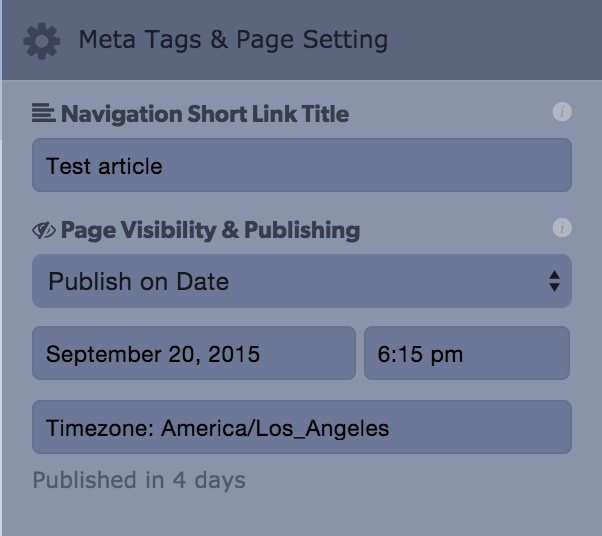 We came up with a solution that we feels solves all of these core goals. By creating selectors for each time option it becomes very clear what you are setting. We also included a relative time message to give users confidence on when their content will be released.

One of the greatest benefits of a SaaS platform is our redesigned publishing feature will be available to all of our users once it is released.

Having a great B2C online experience is critical for a business to succeed (88% of online consumers are less like to return to a site after a bad experience - @econsultancy). It's important to understand that today's B2B decision makers, who have grown up in the internet age, are bringing the same B2C expectations to B2B products. You can't develop a great user experience with out a focused goal, understanding your audience's needs and being open to highly critical feedback.

Having a great B2B experience is mandatory! The SAPs and Oracle's of the world are on notice.

We've been told by power users and highly regarded industry analysts that Zesty's user experience is "One of the best I've seen my ten years of covering this space." It took many years of critical feedback and collaboration to get those type of comments.

By creating teams, you will have a simple way to manage users and their access to instances.

We're proud to announce the release of our new Media App!

Before we look forward to all of the new functionality coming to Zesty.io in 2019, we look back and review

Duo Mode allows you to preview all the changes you are making to a page directly in Zesty.io without navigating 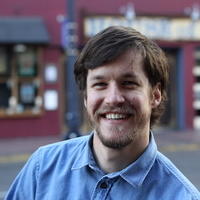