What Businesses Can Learn About Digital Transformation During the COVID Crisis 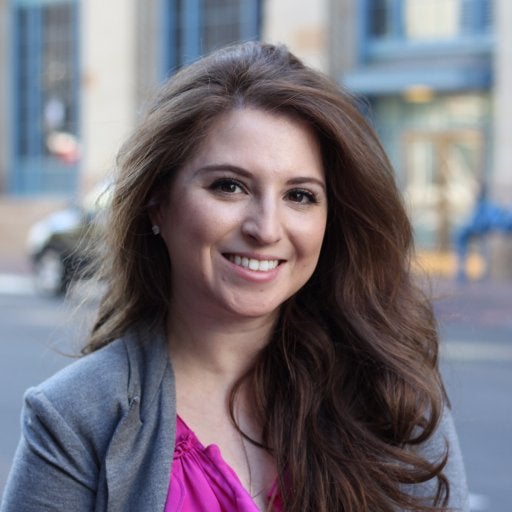 Thousands of citizens depending on state-issued unemployment checks are not getting them, and digital transformation may be to blame. According to Bloomberg, an ancient computer language may be the holdup slowing America's stimulus from getting to citizens. The COVID-19 pandemic has exposed the woefully unpreparedness of America's computer systems at the core of the U.S. economy.

The $2.2 trillion CARES Act passed in late March includes a $600 weekly increase in unemployment benefits. That money won’t reach anyone until state agencies update technology systems to reflect the law and handle the flood of new applications. Some claims are taking as long as two weeks to process because of a mainframe computer that runs on a 60-year-old programming language called COBOL.

“It’s a disaster,” said Mahmoud Ezzeldin, 75, who worked for decades on COBOL computer systems for insurer Blue Cross Blue Shield and the Internal Revenue Service. “COBOL is difficult to learn and was not designed for the internet. College graduates like to learn something easier. I cannot blame them.”

This is happening across multiple states and affecting an estimated tens of thousands of citizens waiting on unemployment checks as well. A survey by The Verge found that at least 12 states still use COBOL in some capacity in their unemployment systems, including Alaska, Connecticut, California, Iowa, Kansas, and Rhode Island. There is no consistency in who manages these systems: some states hire private vendors, whereas others rely on their own staff programmers.

Literally, we have systems that are 40 years-plus old, and there’ll be lots of post-mortems, and one of them on our list will be how did we get here where we literally needed COBOL programmers?

One California citizen has been struggling with this as of recently. Joshua Throneburg credits this huge problem to "old code on top of limited servers that are out of date," causing him to take days to file his information with the Department of Labor of California. "I literally bounced between three browsers and hit 'Save as Draft' after each little piece of information I managed to get in. I think I had to log in and start from where I left off (or what managed to actually save as draft) perhaps 100 times."

The curse of COBOL has been a lingering problem predicted to affect many industries, including banking. If you want to check out an eerily accurate read, we highly recommend this article by The Newstack from 2017: "COBOL Is Everywhere. Who will Maintain It?"

What If Things Were Modern?

With modern solutions, this situation could be a complete 180. If state and local governments hadn't put off digital transformation, dispersing these resources could've been much more systemetized and equipped to handle the load.

With the right resources, digital transformation doesn't have to be seen as a necessary evil. It requires a lot of planning and coordination, but overall, full transformation is achievable within a reasonable timeline. Had these systems and mainframes been updated to use modern technology, many things would be easier today that would ease the facilitation of getting CARES Act money into citizen's accounts.

One of the biggest issues with COBOL is time. The time required to compile a COBOL program might be greater than with a machine oriented programming language, especially modern programming languages. COBOL is mainly a sequential language which consists of sequences of instructions that tell the compiler or interpreter to perform the functions asked. It is sometime necessary for a COBOLprogrammer to have a knowledge of machine language code, for if diagonostics do not produce a clue as necessary to look at a "CORE DUMP'. Thus the COBOL programmer may be required to have a proficiency in two programming languages.

COBOL, or The Common Business Oriented Language, emerged in the 1950s before computer science was a widespread subject at universities. Now, the average COBOL programmer is over 60, Gartner Inc. estimates. The most recent data on COBOL can be found in a Gartner report from 2004, which reported that at the time there were only 2 million experts in the language and estimated that number was falling 5% a year. By 2020, that would mean about 930,000 proficient engineers (not including the fact that most had not practiced COBOL in decades). For reference, there are about 24 million software developers in total, according to Evans Data Corporation - making the final count of access to COBOL engineers less than 4% of the global workforce of software engineers.

Modernizing to recent programming languages alone would open up access to substantially more developers - Oracle says that there are nearly 9,000,000 developers who are proficient in Java, which would mean a talent pool of roughly 10x the developers compared to COBOL.

There is no estimate yet on how much COBOL is costing during the COVID epidemic, but we can calculate how much it's cost the federal government. Based on reports from 2019 from the Government Accountability Office (GAO), the federal government's 10 legacy systems most in need of modernization cost about $337 million a year to operate and maintain. It's important to note these 10 systems aren’t necessarily the government’s oldest (GAO withheld systems’ names in its public report due to security concerns, but they range from 8 to 51 years old and are housed within 10 different agencies).

The GAO determined that these ten systems were most in need of an update due a mix of their age, how critical they are to agency missions and risks. While we do not have full insight into these systems for security reasons, we can reasonably conclude based on age that many likely depend on COBOL, have unsupported hardware or software, and operate with known security vulnerabilities. 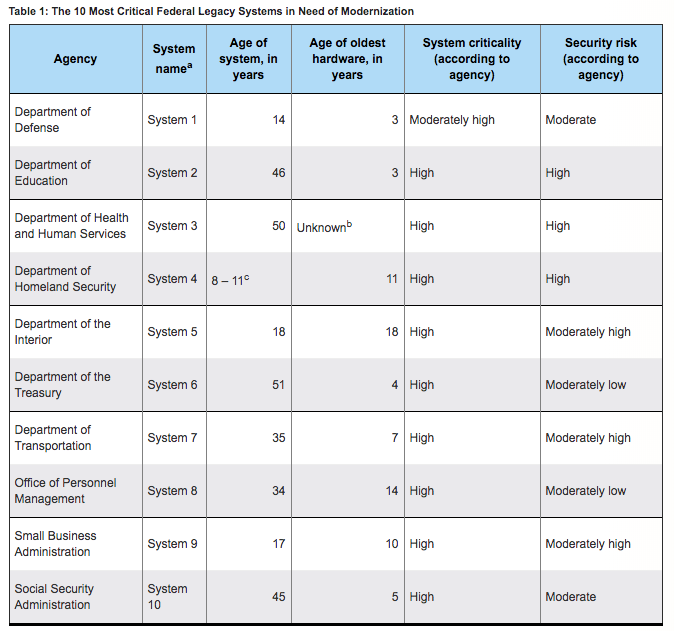 The Lesson: We Can't Afford to Push Off Digital Transformation

In summary - to call COBOL antiquated would be a compliment. With the gains realized due to upgrading these systems, servers, and processes, the government would see accelerated development, have more access to better development resources, and in the long run realize substantial cost savings.

Businesses can learn much from this exposure. Since the COVID epidemic has hit, we've learned so much about what's running under the surface of these digitized government services, and we understand that more agile institutions cannot afford to follow in their path.

Delaying Your CMS Migration? You May Be Killing Your Brand. Read More

This is not a time to use the fallacy "if it's not broken, don't fix it." There are better systems and processes that exist to suit your business case. But, how long will it take? The short answer: it depends on what you have, how old it is, and how much of it you have. It's easier for a business to undergo digital transformation because our processes are by nature more agile. There may be a lot to do, however, so how do you get started?

What You Can Do Today

Outline What Needs to be Done

First, you need to know what you're working with. Start by conducting an internal review of all systems and services that you currently may use and begin prioritizing what needs to be done. You can organize this by either

Internally, nominating a committee to work togehter during this time to conduct research and planning will substantially increase your success of a timely digital transformation.

Once you have an idea of what needs to be done and how it will be prioritized, determine the resources you'll need to help get the ball rolling and start your path on the road to a modern digital system. First, outline your internal resources. Do you have development teams with the skills required to help through this overhaul? Will you need to outsource to agencies, partners, or consultants who specialize in digital transformation initiatives to help you plan and implement these changes? Ensuring you have adequate resources before the endeavor begins will help you stay on track throughout the course of modernization.

Much of digital transformation can be completed internally by finding the right software vendors that best suit your business model. Evaluate the incumbent software "stack" you're currently running for a particular system. Does that software support a remote workforce? Is it SaaS? Does it need to be updated often? Is it running on-premise or in a private cloud? If not, consider finding new vendors to suit your business.

At the top of your list, new software vendors being considered must be "future-proof." Thoroughly evaluate their readiness for the future: how will they adapt so that we don't experience the next COBOL epidemic?

Remember, versioned software is not digital transformation; its just an update. Versioned software can be the root of issues like this. In the example of COBOL, the code is running on woefully inadequate and old servers that are not up-to-date with software or security patches, because those patches may break the code itself. While some businesses justify running versioned software because they do not want code to break, true SaaS vendors will have thorough software testing before releasing updates to help ensure that your code will not break and services will not be interrupted. Ask your SaaS vendors how they handle this.

The Timing is Now

According to Today, many of the states who have this COBOL issue were planning on digital transformation and a major overhaul, but have been putting it off. Rather than wait, realize that "this is a time to accellerate that digital transformation," Ira Goldstein, a cyber expert and member of the Cybersecure Catalyst board said for IT World Canada.

During this unique time, take it to your advantage by beginning this process and discussing with vendors how to take advantage of this time to reprioritize digital transformation. Delaying the change will only cost more in the long run, both in resources and in customer lifetime value. Right now, Kansas has set up a virtual call center with Amazon, and New York is now catching up by working on its digital transformation with Google.

If reprioritizing marketing's technology stack is on your list, consult with Zesty.io today.