A list of updates, releases, and patches in June 2021.

See it live and watch the Live Stream!

A new and improved codebase has afforded Zesty.io engineers to push out a wave of features and improvements in 2021 that continue to register in the queue today. However, the highlight of this note focuses our attention on a breakthrough DAM feature called On The Fly (OTF) Media Rendering and Manipulation. It gives both Developers and Content Authors equal impact when handling media.

Zesty.io can now automatically transform images as the content-type ".webp" which is an image format preferred by browsers as this optimized image format cuts down download and rendering time by as much as 50%.

Current Zesty.io customers get an instant SEO boost as a result of the release.  Images may also be manipulated “on-the-fly” by passing query parameters to the end of the image URL. With this service, Zesty improves workflows by adding headless controls to media. It also gives users an edge in SEO, complying with Google’s rigorous and continuously evolving web standards. Read more about OTF Media Rendering Manipulation here.

Below is a quick summary of this month's accomplishments. Check out The List below for more details. If you’re waiting for a status update on a bug, enhancement, or feature request,  all of these are available via our publicly accessible Manager UI GitHub repository and Accounts UI GitHub repository.

-All APIs are on (GQL/INSTANT/toJSON) accessible, CORS is set * (anywhere) for every request

-Every route return JSON of the item it, as it would if you passed /?toJSON

Here’s an example of /-/headless/routing .json:

-All APIs are on (GQL/INSTANT/toJSON) accessible, CORS is set * (anywhere) for every request

-Routes /?toJSON is available on any route, but default behavior is to return Parsley rendered view

-All APIs must be installed and explicitly turned toggled on, CORS rejects requests    unless explicitly told otherwise through settings

-Routes /?toJSON is NOT available

-All Views render with Parsley

In addition to the automatic Open Graph and Twitter Card tags, as well as metadata, you can now add additional

A technical explanation on the decision to change Zesty.io origin Cache-Control and Pragma response headers

A list of updates, releases, and patches in January 2020.

A year end summary of updates, releases, and patches. 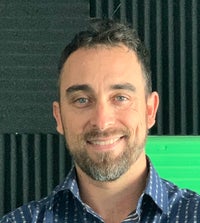 I work with all teams in our enterprise customer base, agency partners and individuals to ensure they are successful on the Zesty.io platform. Zesty.io is an end-to-end solution for those who want powerful omni-channel digital experience built for scale and who want tools that will be relevant throughout the years... Learn More